I've always admired Estee Lauder's fancy jeweled compacts, but this season they seem to be focusing on the makeup itself rather than its outer packaging.  Their Fleur de Lys and Vivid Garden powders feature intricate floral patterns in gorgeous spring colors. 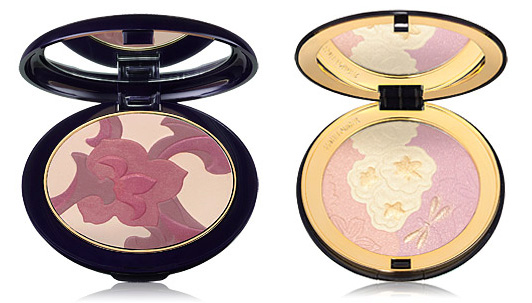 While I love the colors and the dragonfly on the Vivid Garden palette, I find the fleur-de-lis palette particularly interesting since the emblem has such a rich history.  It's a bit too long to go into here, but it was traditionally a symbol of the French  monarchy and appears in much French architecture and art. Here are a couple examples.
The ceiling of Sainte Chapelle: 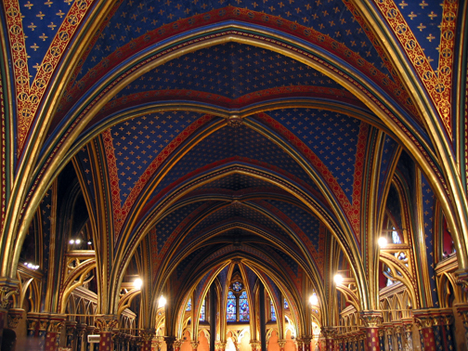 (photo from sacred-destinations.com)
A stained-glass window at Bourges cathedral: 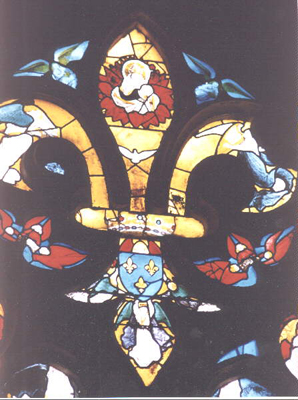 The Arts Council of New Orleans even commissioned artists to produce fleur-de-lis structures around the city to represent its French heritage: 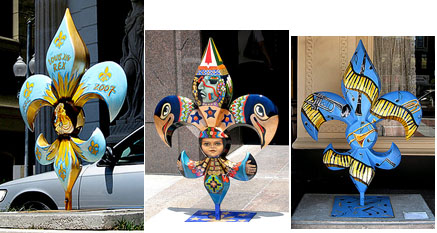 (photos from nolanotes.com)
It's a little odd that this motif made an appearance considering it had nothing to do with the collection, but since this is the first time Estee Lauder has branched out into designs onto the actual makeup rather than the outer compact I won't be too harsh.  ;)  I also like that the design on the palette is a bit more abstract than the traditional fleur-de-lis.
Let's wait and see if this is a continuing trend for the brand.